See the biggest and best names in British comedy get their Heads Together under one roof for one night only.

Michael McIntyre, Jimmy Carr, Harry Hill, Frank Skinner, Russell Kane, Katherine Ryan, Tommy Tiernan* and other top names in comedy are getting together to raise money for YoungMinds, in support of Heads Together, the campaign to change the conversation on mental health spearheaded by The Duke and Duchess of Cambridge and Prince Harry.

A brilliant line up for a cause that matters to us all.  Shepherds Bush Empire 18th September 2017. 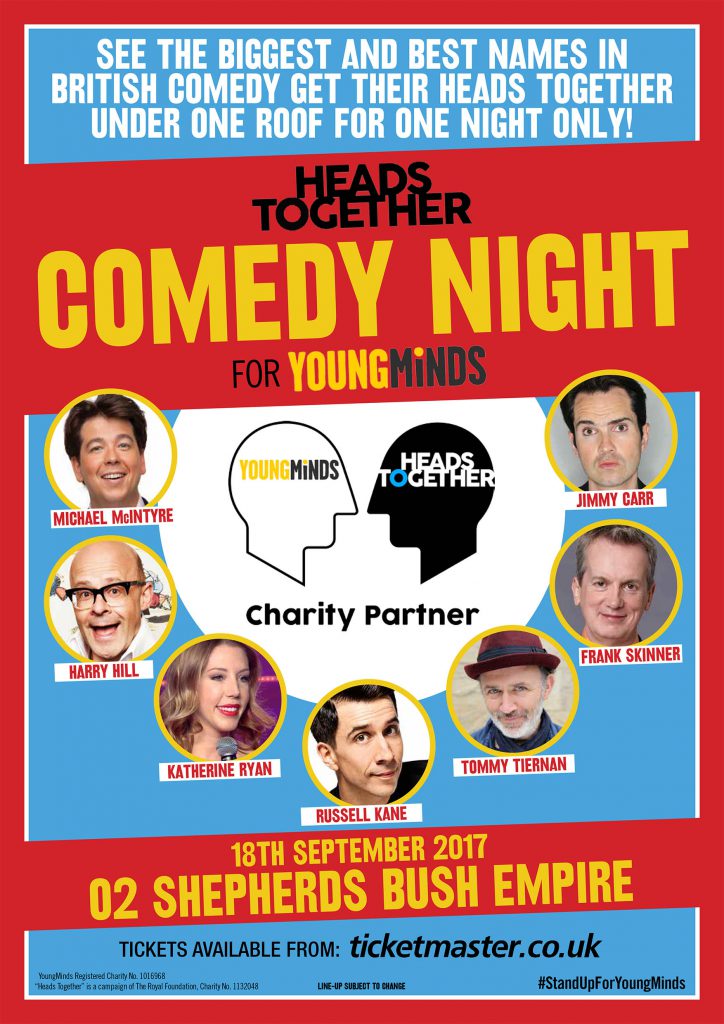 Comedian Frank Skinner said: “Like most people, I like to imagine growing-up as a carefree and wondrous experience. The truth can be a lot more complicated than that. My own youth was blighted by the threat of Napoleonic invasion so I know what I’m talking about. But seriously, I’m proud to be part of this benefit night. Those very real growing-pains need to be openly accepted and talked about. Then the carefree wonder will take care of itself.” 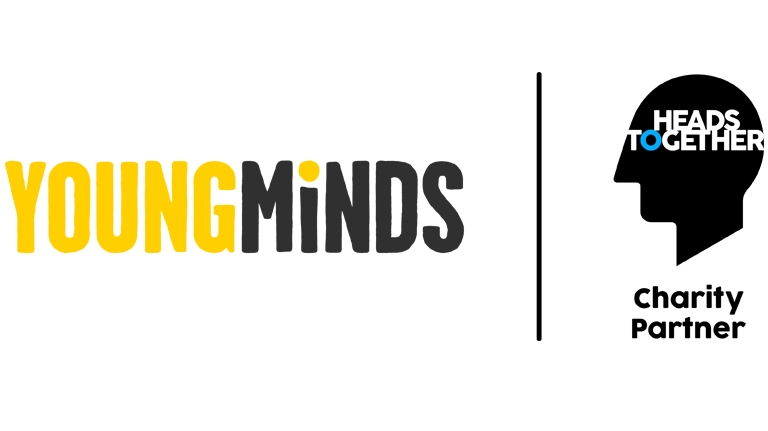 We've teamed up with Phil McIntyre entertainment & Young Minds to bring you #StandUpForYoungMinds. General sale tickets are available now, hurry and get yours quick! 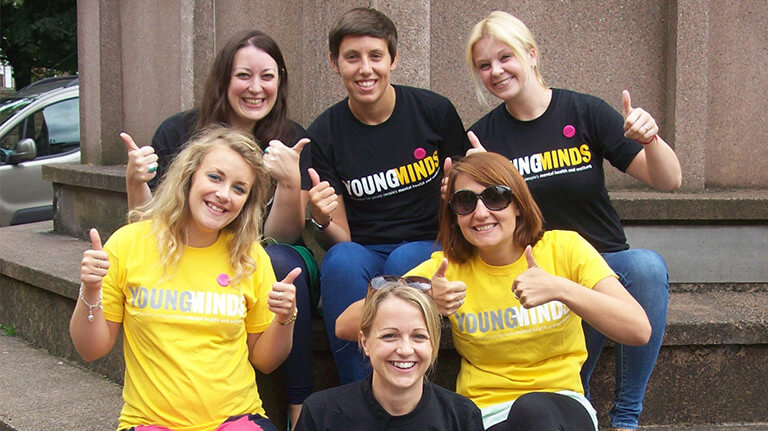 Heads Together Charity Partner Young Minds do amazing work championing the wellbeing of young people. They offer a helpline to parents that are worried about their children and run projects that support young people.